Bodie was designated the official state gold rush ghost town of California in 2002 to acknowledge the importance Bodie played in California's history. The idea for the measure originated from the students and teachers of Lee Vining Junior High School. Bodie is one of the largest and best preserved ghost towns in the west. - offering visitors a special insight into the gold rush days. 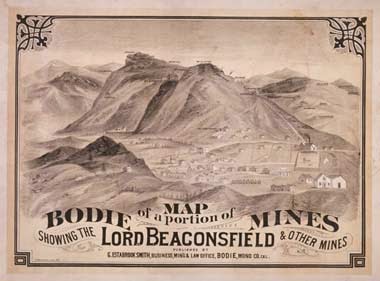 "Bodie became a boom town in 1877 and by 1879 had a population of approximately 10,000 with 2,000 buildings. The town became more known for its wild living than for its big gold resources - numerous saloons and breweries dotted the mile long main street.

By 1882 the town was in the grips of decline - the rich mines were playing out and mining companies were going bankrupt. Two fires, one in 1892 and the other in 1932 ravaged the business district and Bodie faded into a ghost town in the 1940's.

Today, Bodie stands just as time, fire and the elements have left it - a genuine California gold-mining ghost town. Designated a state historic park in 1962, approximately 170 buildings are protected in a state of "arrested decay" on more than 1,000 remote acres, administered by the California Department of Parks and Recreation."
Автор: Jackkat на 2:13 PM

Email ThisBlogThis!Share to TwitterShare to FacebookShare to Pinterest
Ярлыки: Bodie